Reinventing liberalism for the 21st century

IN SEPTEMBER 1843 James Wilson, a hatmaker from Scotland, founded this newspaper the Economist. His purpose was simple: to champion free trade, free markets and limited government. They were the central principles of a new political philosophy to which Wilson adhered and to which The Economisthas been committed ever since. That cause was liberalism.
Today liberalism is a broad faith—far broader than it was to Wilson. It has economic, political and moral components on which different proponents put different weights. With this breadth comes confusion. Many Americans associate the term with a left-wing belief in big government; in France it is seen as akin to free-market fundamentalism. But whatever version you choose, liberalism is under attack.    Read on...
Publié par pratclif à 10:32 Aucun commentaire:

Barnaby, better to walk before we run | Bill Mitchell 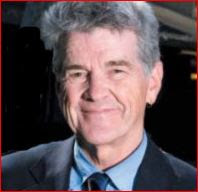 Today I have been thinking about the macroeconomics textbook that Randy Wray and I are writing at present. We hope to complete it in the coming year. I also get many E-mails from readers expressing confusion with some of the basic national income concepts that underpin modern monetary theory (MMT). In recent days in the comments area, we have seen elaborate examples from utopia/dystopia which while interesting fail the basic national income tests of stock-flow consistency. Most of the logic used by deficit terrorists to underscore their demands for fiscal austerity are also based on a failure to understand these fundamental principles. So once again I provide a simple model to help us organise our thoughts and to delve into the elemental concepts. It is clear that in order to come to terms with more complicated aspects of MMT, one has to “walk before they can run”. So its back home today. Read on...

And more reading on this: A land of plenty: New-Zealand after the end of World War II


This excellent film documents capital's opposition to full employment in New-Zealand promised  to those who served in WWII and the subsequent abandonment of that  employment guarantee.
Publié par pratclif à 18:52 Aucun commentaire: A job guarantee (JG) is an economic policy proposal aimed at providing a sustainable solution to the dual problems of inflation and unemployment. Its aim is to create full employment and price stability, by having the state promise to hire unemployed workers as an employer of last resort (ELR).[1]
The economic policy stance currently dominant around the world uses unemployment as a policy tool to control inflation; when cost pressures rise, the standard monetary policy carried out by the monetary authority (central bank) tightens interest rates, creating a buffer stock of unemployed people, which reduces wage demands, and ultimately inflation. When inflationary expectations subside, these people will get their jobs back. In Marxian terms, the unemployed serve as a reserve army of labor. By contrast, in a job guarantee program, a buffer stock of employed people (employed in the job guarantee program) provides the same protection against inflation without the social costs of unemployment, hence potentially fulfilling the dual mandate of full employment and price stability.[1]
​
​​
https://en.wikipedia.org/wiki/Job_guarantee
Publié par pratclif à 18:25 Aucun commentaire:

The global economic crisis, and government policy responses to it, have sparked controversy and debate. Many claim that the deficit expenditures undertaken in countries such as the US and Japan will impose higher tax rates and interest rates on future generations, and some fear a collapse in the dollar and runaway inflation. The problems faced by Greece, Ireland, Spain and other vulnerable members of the European Monetary Union are interpreted as omens of the fate about to befall the US and other nations unless fiscal austerity is imposed and public debt dramatically reduced. Read more...
Publié par pratclif à 19:51 Aucun commentaire: 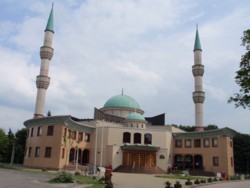